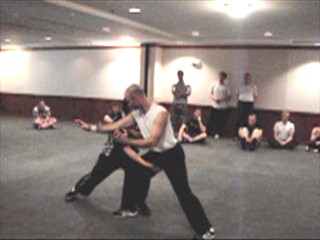 Kungfu has been debased to such a shocking state today that many kungfu practitioners, including some world known masters, think that kungfu techniques cannot be used for fighting! Hence, they use Kick-Boxing or other martial art techniques in their combat.

How do you Handle a Powerful Strike? 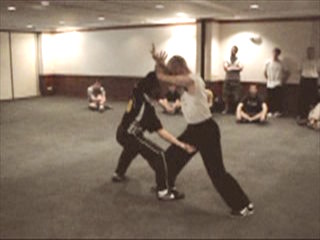 Sifu Anthony Korahais is working out a special combat sequence using patterns form the Shaolin Pakua Set with the help of Dr Damian Kissey. (Dr Damian's special set is not the Pakua Set but the Shaolin Five-Animal Set.) Sifu Anthony initiates with “Two Steps Pull Boat”, which is a powerful attack. Blocking or intercepting such a powerful attack is not recommended. So, how would you defend against it. Dr Damian provides a good answer. He brushes the powerful attack away following its momentum, and simultaneously counters with a palm strike, using the pattern “Green Dragon Shoots Pearl”. 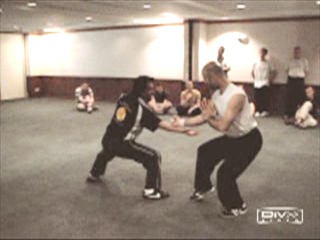 This is a continuation of the previous video clip. Dr Damian hesitates in his responses because he is acting as Sifu Anthony's imaginary opponent using the responses Sifu Anthony has planned, and not using his own responses. Have you noticed that both the techniques and the tactics used in this combat sequence are advanced? 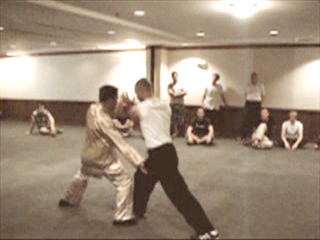 Now Sifu Anthony and Dr Damian go over the patterns one at a time for deeper analysis. Grandmaster Wong recommends to Sifu Anthony that striking the opponent's ribs in this situation is better than striking his upper arm or head. He also recommends to Dr Damian a smoother and faster way to deflect Sifu Anthony's counter-attack. 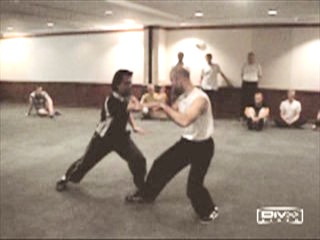 What would you do if an opponent presses against your two arms and strikes you at the same time? You cannot release your arm in time and his attack is coming fast. An effective response is to use your waist. Just rotating your waist, without even moving your arms, will neutralize the opponent's press as well as attack.

How were Sophisticated Patterns Invented?

How were sophisticated kungfu patterns invented? They were not invented, but evolved by masters over many centuries as a result of their combat experience. This video clip shows an example of this process. Having worked out some effective counters against various attacks, Sifu Anthony and Dr Damian, like masters in the past, will be more proficient in handling similar situations in actual combat. 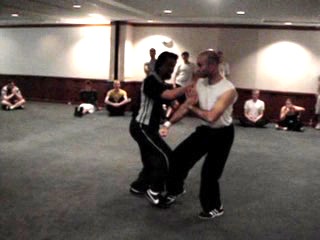 Grandmaster Wong demonstrates the footwork involved in subduing an opponent with the pattern “Fierce Tiger Descends Mountain”. Notice that a proper application of this Fierce Tiger pattern can throw an opponent off balance. Having learnt this technique and practiced it well, you will be able to apply it effectively in sparring or real fighting.