PATTERN ANALYSIS OF THE MONKEY SET 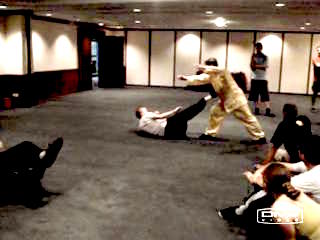 The Monkey Set is full of tricks. Even in the apparently simple movement of rolling out at the start of the set, many tricks are embedded in it. After avoiding a trick, you may think it is safe to move in, but you may fall into another trick.

Why does a Monkey “wash” his head or body? Of course, it is not just for show; these washing movements contain some effective combat functions. Often one may not see their combat application from merely watching a performance of a Monkey Set. The applications need to be explained and demonstrated by a master.

Rolling out to Begin the Set 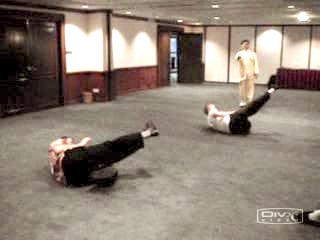 The Monkey Set does not start with a greeting pattern as in other Shaolin kungfu sets. The practitioner just rolls out and begins his performance. This was how Grandmaster Ho Fatt Nam performed the set. Grandmaster Wong follows his tradition.

But this apparently rolling out is not as straight-forward as it looks. It contains some secrets. For example, if an opponent moves in to attack the Monkey stylist, the opponent may receive a surprised kick, If he catches the kicking leg, which the Monkey stylist may purposely tricks him to, he may find himself overwhelmed by other surprised attacks. 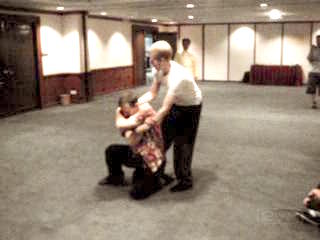 What do you think is achieved by moving the hands round the head? This pattern is called “Spiritual Monkey Washes Face”. Remember that every pattern has at least one combat application. 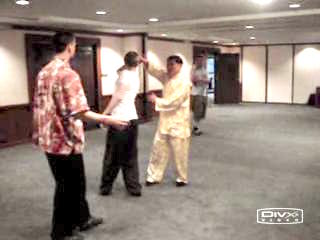 One useful combat application of the pattern “Spiritual Monkey Washes Face” is to release an opponent's grip on your neck or head. After releasing his grip, you can dislocate his fingers. It is a chin-na technique.

Not Merely Pushing his Hands Away 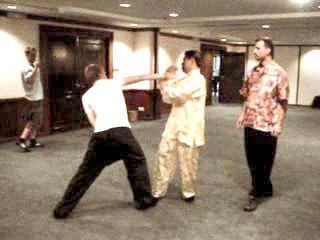 You should not just push an opponent's hand away if he grips you, as this may cause yourself injury. First you have to release his grip, then you can grip him back instead. You may have to rotate your head in co-ordination when release his grip on your head or neck. 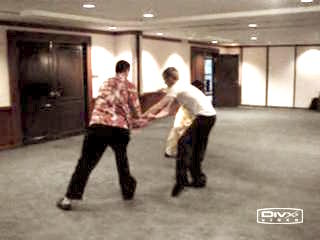 If an opponent grips your head or neck with both hands, it is often necessary to rotate your head accordingly as your release his grip. You must also guard against the possibility that he voluntarily releases his grip to strike you with his hands.

Counter against Chin-Na on Head 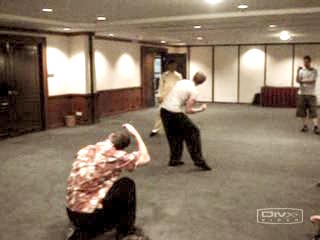 A grip on the head using a pattern like “Double Dragon Plays with Pearl” can be a fatal attack. A quick turn of the two hands may dislocate the neck. An effective counter is to follow the momentum of the attack by rotating the head accordingly, then counter-grip the opponent's hands.