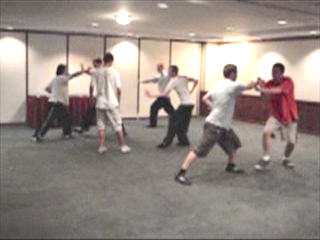 Sparring in Shaolin Wahnam is injury free and full of fun

Combat sequences and chi flow are two aspects in our training that contribute much to our combat efficiency.

There are two major problems many kungfu practitioners face when they wish to use kungfu in free sparring.

Besides giving us good health and vitality, chi flow enhances our combat efficiency in many ways. It enables us to perform our movements fast and forcefully but without feeling tired. It overcomes injuries sustained accidentally. 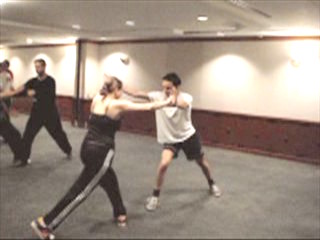 Participants review the four combat sequences which incorporate gripping and felling techniques. Their sparring here is pre-arranged. The main purpose is to familiarize themselves with the various combat sequences so that they can attack and respond correctly and spontaneously. Can you recognize what combat sequence they are practicing as shown in the video here?

This video clip shows participants are practicing various combat sequences. Combat sequences form an important part of our sparring methodology. Do you know why?

Being able to Use Kungfu Patterns Spontaneously to Attack 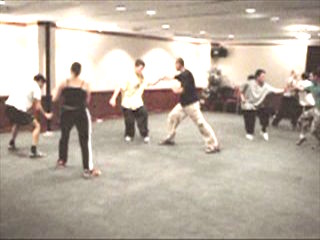 One important function of combat sequences is to provide you with the best methods of attack and defence in various combat situations. If you are familiar with the sequences, you can use kungfu patterns to attack your opponents spontaneously. You need not hesitate to think of what patterns to use next when engaged in combat. 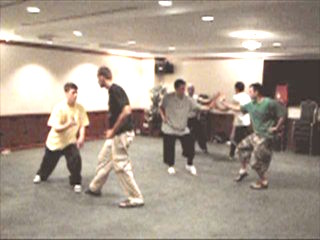 Another invaluable benefit of practicing combat sequences is to be able to use kungfu patterns to respond to opponents' attacks correctly and spontaneously. This helps to overcome a major problem faced by many kungfu practitioners in sparring and real fighting. 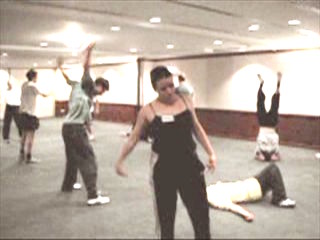 In Shaolin Wahnam, when you practice kungfu you are also practicing chi kung and meditation. After the sparring session participants go into a chi flow. The chi flow movements are interesting. Sifu Rolland, for example, is hitting himself and enjoying it, Molly is doing a graceful dance, and someone at the back is performing a head-stand. 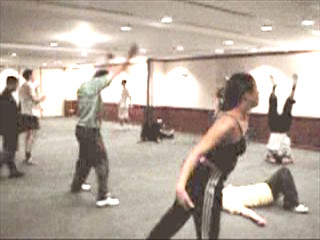 Of course it is not for the comical antics that we practice chi flow. Chi flow can bring many great benefits, such as overcoming pain and illness, flushing out repressed emotions, clearing injuries as well as developing internal force.